Design a site like this with WordPress.com
Get started
Skip to content
Petra Hendrickson Uncategorized March 1, 2020 4 Minutes 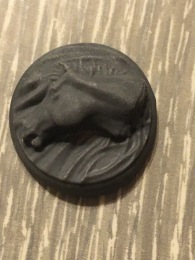 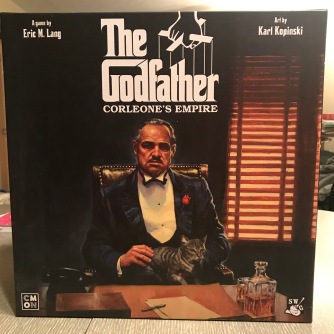 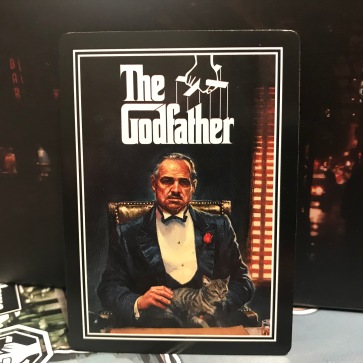 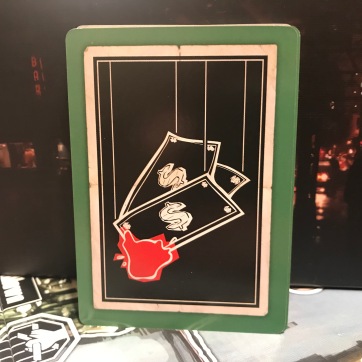 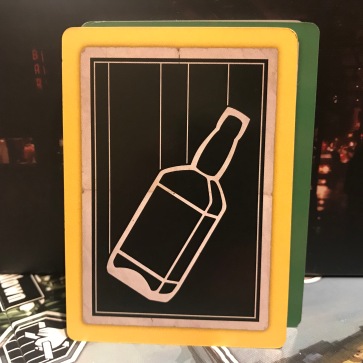 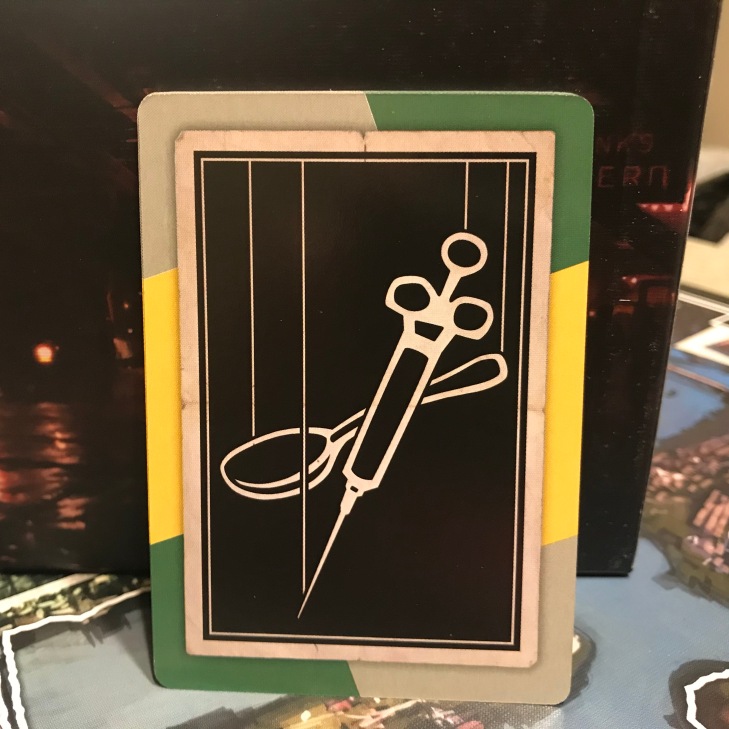 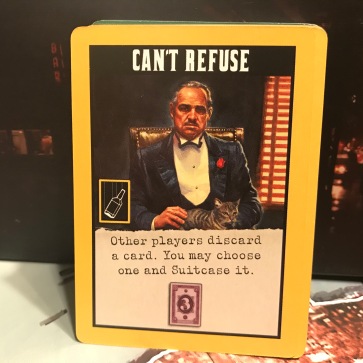 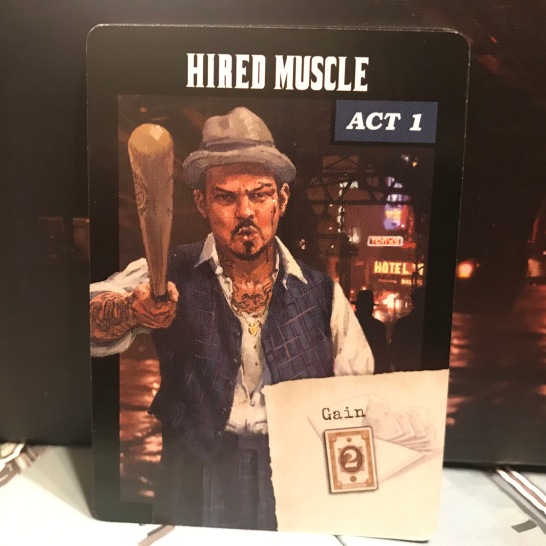 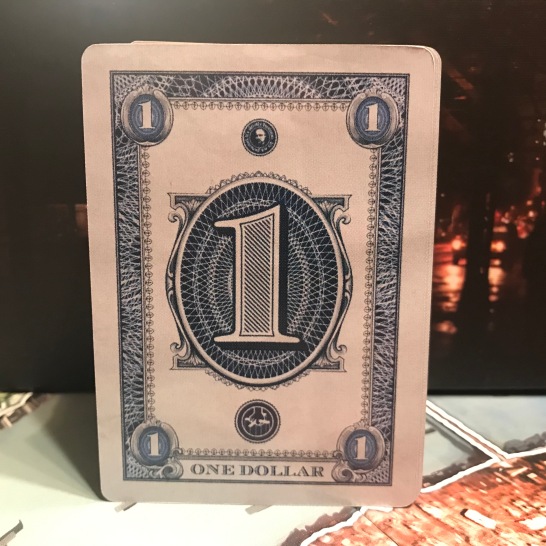 Gist of the game: Following 4 acts that vaguely correspond with the plot of the first Godfather movie (The Wedding, The Turk, Sonny’s Murder, and the Betrayal), characters compete for control over turfs in New York City in order to launder the most money by the end of the game. The game can be played with 2-5 players, though with fewer players some aspects of the game go unfulfilled (e.g., additional businesses in each turf, number of allies, number of public jobs). In order to successfully shake down “the front” and “the back” of businesses, each crime family dispatches family members and thugs across the city. In addition to sending these people out into the city, where they can secure money or illegal goods (guns, blood money, booze, or narcotics), you can also complete jobs (by spending illegal goods) and try to bribe officials (by outbidding other players). While the player with the most money at the end of the game wins, only money that has successfully been laundered (and socked away into an adorable metal hinge-top suitcase) counts toward your total — nothing left in your hand helps you at the end of the game.

Within each of the four acts, play occurs across five phases: opening new businesses (playing a randomized business in the next available turf), family business (playing the mini figurines — thugs for the back of a single business in a single turf, family members for the front of businesses in all adjacent turfs; completing jobs; playing allies that have been previously purchased), turf war (determining who controls each territory), bribery (a secret bid to buy an ally), tribute to the Don (reducing your hand size down to the specified size for that act), and entre’acte (removing all figures from board; advancing Don Corleone on the act track, receiving new figures transitioning into acts 2 and 4, replenishing public jobs and the upcoming act’s allies that will be available for purchase).

Color commentary: There was a lot to keep track of in this game. Each turf you control gets a marker in your family’s color, and technically when a member of an opposing family (family member, not thug) shakes down the front of those businesses, you are also supposed to reap those same benefits. For us, this time, that virtually never happened. It just got lost in the hustle and bustle of organized crime.

Since there are a whopping 18 photos accompanying this post, I think it goes without saying that we (cough cough, M) was especially enamored of the artwork. It being Godfather themed, and involving minifigures, were strong sales points when we purchased it last fall.

In a lot of ways, the premise of the game reminds me of Tammany Hall, in which you play a politician trying to shore up ethnic constituencies in New York City. As with Corleone’s Empire, with fewer than the maximum number of players, the way players interact with the board changes. Corleone’s Empire I think had more complications and moving pieces (literally, no minifigures in Tammany Hall), it can be played with only two players, as opposed to Tammany Hall, which has a 3 player minimum. Again, as a couple who are rarely able to muster a larger playing group, this has definite appeal (though Tammany Hall was my first real sophisticated board game when my sister gave it to me for Christmas a few years ago, so there is some sentimental attachment for me that Corleone’s Empire doesn’t have). Probably if we had a third player around, I would have tried to play them back to back to make direct comparisons instead of having to rely on my memory of playing Tammany like 4 years ago with friends in Lansing.

I would like to point out that I won, with $66, to M’s $57, though he did manage to launder way more than I thought he was going to based on what I was observing and tracking in his minifigure placement.

M’s thoughts: The randomization of businesses will allow for different dynamics over the course of multiple plays.

There are lots of strategies you could use if you played with more than two players. A big one here is the bidding process for allies, and having to calculate how much you should bid to win without massively overbidding. I overbid for one ally, not noticing that Petra only had two cards in hand, worth at most $10 (money comes in $1, $2, $3, and $5 denominations).

The dominant long-term strategy is to suitcase the highest denominations of money you have at every opportunity (and in Act 3, some allies let you suitcase more than one money card at a time, which helped  me a tremendous amount toward the end of Act 4). In the short- and medium-term, if you have to discard cards to get your hand size down during the tribute to the Don phase, don’t keep illegal good cards unless you have a definite, current job to use them for (I had several that ended up being dead weight for me). As there are end-of-game bonuses for being the player who completed the most jobs of each color, another long-term strategy would be to do jobs whenever you can, as they help reduce your hand size and don’t interfere with your being able to launder money.

Also, you do not actually get to be Tom Hagen in the game, so that lifelong dream of mine remains unfulfilled.