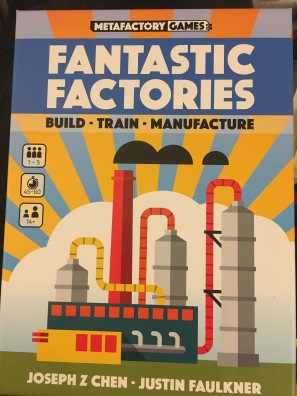 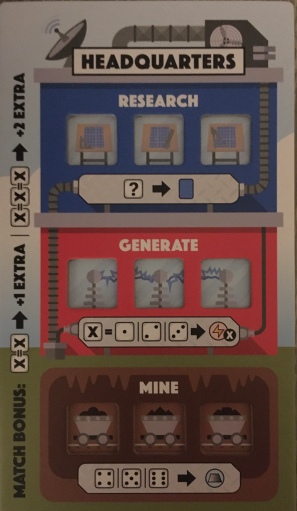 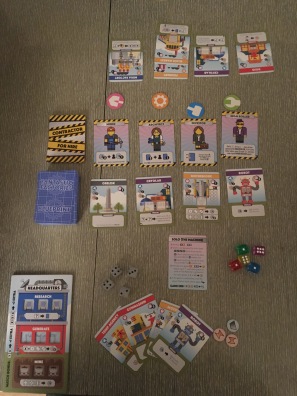 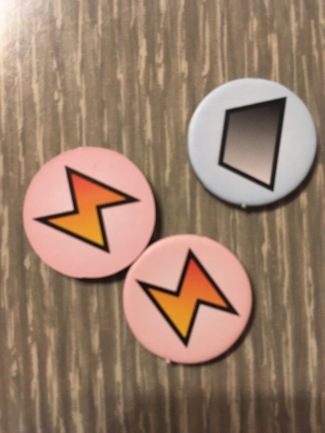 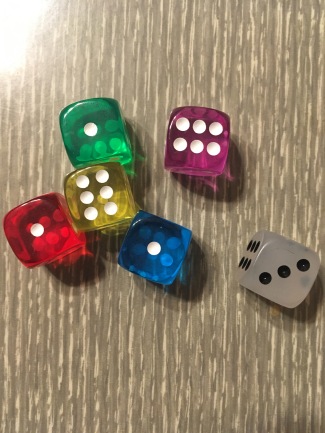 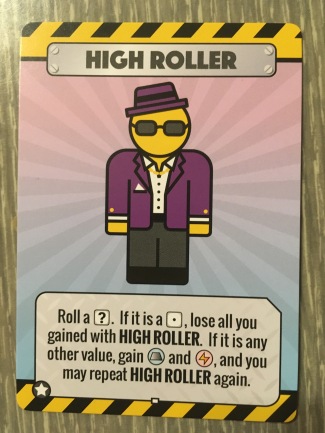 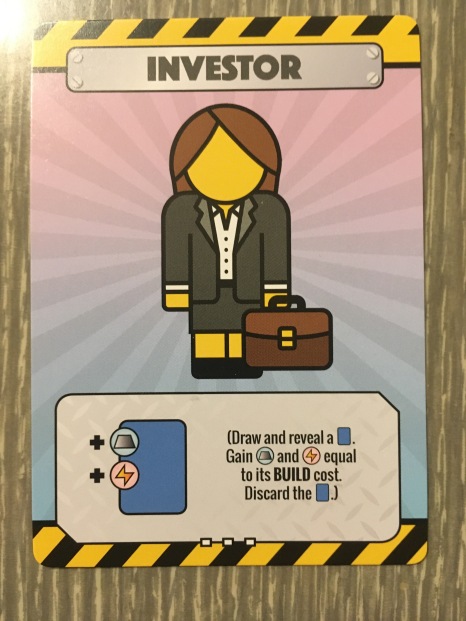 Gist of the game: Players compete (against each other in multiplayer mode or against “the machine” in solo mode) to build the most efficient factories in the least amount of time to improve their industrial output and overall prestige. Goods and prestige earn players points, and the player with the most points at the end of the game wins.

To set up the game, contractor and blueprint cards are laid out in communal piles with 4 of each card type face-up and their respective decks to the side as reserves. Each player also receives 4 blueprints to form their starting hand. Players get 4 dice of the same color and a board to track their activities.

In the work phase, players roll their dice and place them in the player board, activate cards, and build cards, in any order.

To build a card, you must discard another blueprint with the same tool symbol, as well as pay the resource and energy costs.

To place workers, you choose which dice to place into each of the three areas of the worker board (mine, generate, research) and immediately take the action associated with the area. In the research area, players receive 1 blueprint for each die placed there, of any value. In the generate area, dice with values of 1, 2 ,or 3 can be placed and provide that number of energy tokens (e.g., placing a 1 die and a 3 die will get you 4 energy tokens). In the mine area, dice with values of 4, 5, and 6 earn you one resource token each (e.g., placing 3 dice with a value of 6 will get you 3 energy tokens). If you have matching dice in the same area, you get 1 (2 matching) or 2 (3 matching) extra of that thing.

Once you build a card, you can activate it based on the recipe at the bottom of the card. You pay the costs (blueprints, resource tokens, and energy tokens, mostly) to the left of the arrow to receive the benefits to the right of the arrow. Each card can only be activated once per turn, but cards can be activated on the turn they are built.

Once all players have completed the work phase, they must discard town to 12 total tokens (energy+resource) and 10 blueprints in their hand.

Game end is triggered when a player has manufactured at least 12 goods or built at least 10 buildings. At this point, the current round is finished, one last round is played, and then players score their factory towns. Players with the most points (manufactured goods + prestige points indicated on buildings) wins.

In solo mode (what I actually played), you compete against a machine, basically constructing a factory town for them based on dice outcomes. The number of cards the machine starts with can be varied based on desired difficulty. I recommend reading on, because there’s a little plot twist coming up at the end of all this.

The player’s turn proceeds as normal through the market and work phases. For the machine’s turn, one die each of green, blue, red, yellow, and purple are rolled. The value of the green die determines where the machine gets a building from (communal area or reserve deck). The other dice determine how many, if any, goods the machine produces. For each color, if the value of the die is less than or equal to the number of buildings of the same color in the machine’s play area, a good is manufactured.

The player triggers the game end in the same way (12 goods or 10 buildings), whereas the machine can only trigger game end through goods. The player’s points are calculated normally. The machine gets points for the number of goods, the number of buildings, and an extra point for each monument (a special type of building). You win if you get more points than the machine.

Color commentary: I really like the player boards. They remind me of the player boards in Sagrada, where you physically place dice in the indentations, and make me actively happy to interact with.

The game end mechanic reminds me of Power Grid, where different phases of the game are triggered by conditions on the board, which is kind of fun.

SPOILER: I played this game three times, and got at least one thing wrong each time, sometimes to hilarious effect. I also realized just now, as I am typing this blog post, that I also scored the machine incorrectly. I don’t think it would have mattered, though, because of the other mistakes I made. I definitely always gave the machine goods incorrectly. I think I was thinking give the machine goods if the die was greater than or equal to the corresponding building color, rather than less than. Nonetheless, I will present my notes about each game as I played. I’ll then re-emphasize my errors at the end and let fake M weigh in with some thoughts.

In general, it still feels weird to play for the machine, although this seemed more akin to Bottom of the 9th than Villagers. Maybe it was just more straightforward.

1st game: I used the easiest difficulty (2 cards). The game end was triggered after 3 rounds (the machine gained 4 goods each round because I only had one building of 3 colors, which were then always guaranteed to produce goods, and only 2 buildings of the last color, so still very likely to produce cards. I wonder if giving more buildings to the machine to start the game is actually better because you’re more likely to have multiples of colors, decreasing goods production. I also thought points were given based on building prestige and energy tokens, so I was stockpiling energy tokens but not as concerned with goods. I don’t know that this would have made a huge difference in practice, as I never had in my possession that many goods-generating options.

NOTE: This was basically all incorrect. All of it.

NOTE: I was still allocating goods to the machine incorrectly.

3rd game: Correcting still other mistakes from the 2nd game, I tried one more time. This time, the game lasted the longest of any of the three games. In this game, a lot of my buildings could produce goods, but I was always short on resource tokens, which prevented me from building all that many buildings. So of the three games, this game ended with my having by far the most goods and by far the lowest prestige.

NOTE: In light of continuing to play the machine goods-production-mechanism backwards, I’m actually impressed with how I fared in games 2 and 3. Overall, each game was much shorter than the estimated 45 minutes. I think I’d like to try again sometime and manage to play correctly. I also think this would be a fun game to play with M, as there’s competition, but not a lot of thwarting.

Thoughts M might have had if he had played, and played correctly: I think there’s definite strategy to how you play the machine’s cards that you have control over (when the green die has a value of 1-4). Probably the best strategy is to stack one color as much as possible. So you sacrifice a good per turn for that color, but might be able to keep to a minimum the number of goods you dole out for the other colors (e.g., if you have 7 blue buildings, you’ll always have to provide a good for blue, but if you have only 0 or a few of each of the other colors, even 1 will be more than 0, so you won’t have to place goods). You could also favor giving the machine monuments, which will spare you goods, but the trade-off there is that monuments usually have much higher prestige scores. Also, based on *ahem* interpreting the machine’s dice correctly, starting the game with 2 cards is definitely a good way to go. Even better if they’re of the same color!